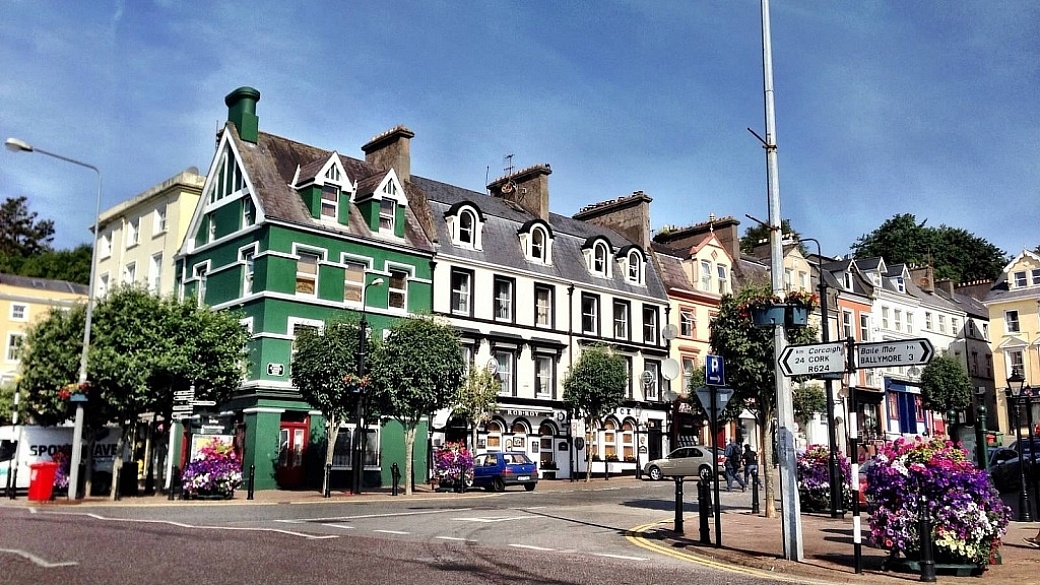 Ireland provides a great many things for the visitor: Extreme hospitality, a convivial pub scene, verdant scenery – and the chance to relive one’s childhood fixation with disaster. The Titanic was my obsession.

By the time I reached fifth grade I had done more research on the ship of dreams than James Cameron. I wrote frequent book reports about the sinking of the Titanic, which probably concerned Mrs. Kenny, for both their dark content but also lack of topical relevancy.

Looking back now, I realize that said fixation stems from some totally relatable themes here:

1) The human desire to romanticize/change tragic history (or at least monetize it).

2) The excitement of embarking on a grand adventure only to have it end badly, which is what I feel every time I board an airplane. (Yes, I’m a traveler who’s afraid to fly, but that’s for another post.)

But I digress… So here we are, planning a return to Ireland, and there is no way I’m doing it without a fair bit of Titanic-ing. I don’t always drag my husband to disaster memorials, but when I do, it’s to pay respect to the world’s most arrogant ocean liner and cinema’s eponymous romantic smash hit of the ‘90s.

For anyone wanting to dig deeper into the legacy and history of Titanic, I suggest heading south to the coast of Cork County. This stop on the authentic Titanic catastrophe tour is in a quaint seaside town formerly known as Queenstown. Now called Cobh (pronounced “cove”), it was the last port of call and the last bit of land that the great ship ever saw. 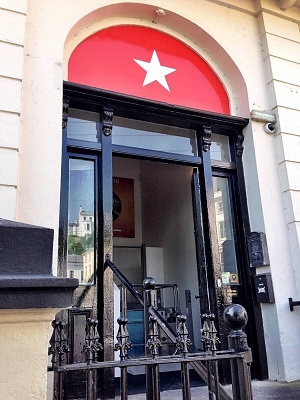 The actual and real White Star Ticket office where the last passages aboard the Titanic were bought.

Titanic made it’s final stop here on April 11, 1912 to embark 123 passengers and disembark eight, including Rev Francis Browne, who took over 1,000 photos during his 24-hour ride from Southampton, England. That was one picture every minute and a half. This guy could snapchat any teenager under the table. His photographic zeal contributed the only remaining evidence we have of life on board the ship and probably annoyed more than one traveling companion (“get that camera out of my face, Frank, I’m trying to EAT!”).

The museum here is called the Titanic Experience and is very modest, but it is housed within an authentic piece of the story. Our tickets are reproductions of original Titanic passage. My “boarding pass” tells me that I am now Margaret Madigan, 21, a third class passenger. Now I’m aflutter with survival plans and which passage I will sneak up and which lifeboat I will jump into. But, my escape plans are quelled as I must follow the guided tour group through a couple of rooms within the old White Star office first. I can’t help but think that a couple of whiskey shots and some river dancing would’ve been a more lively way to pass the time.

We move outside just as the passengers must have and I am most struck by the decaying “heartbreak pier” whose last remaining timbers defiantly cling to the waterfront. If I squint enough I can almost pretend the picnic tables shaded by alcohol-branded umbrellas are no longer festively blocking its entrance. It now (barely) stands as both a ruin and a memorial to not only the final Titanic passengers but to thousands of Irish throughout the 19th and 20th century who sailed to America in search of a different life. 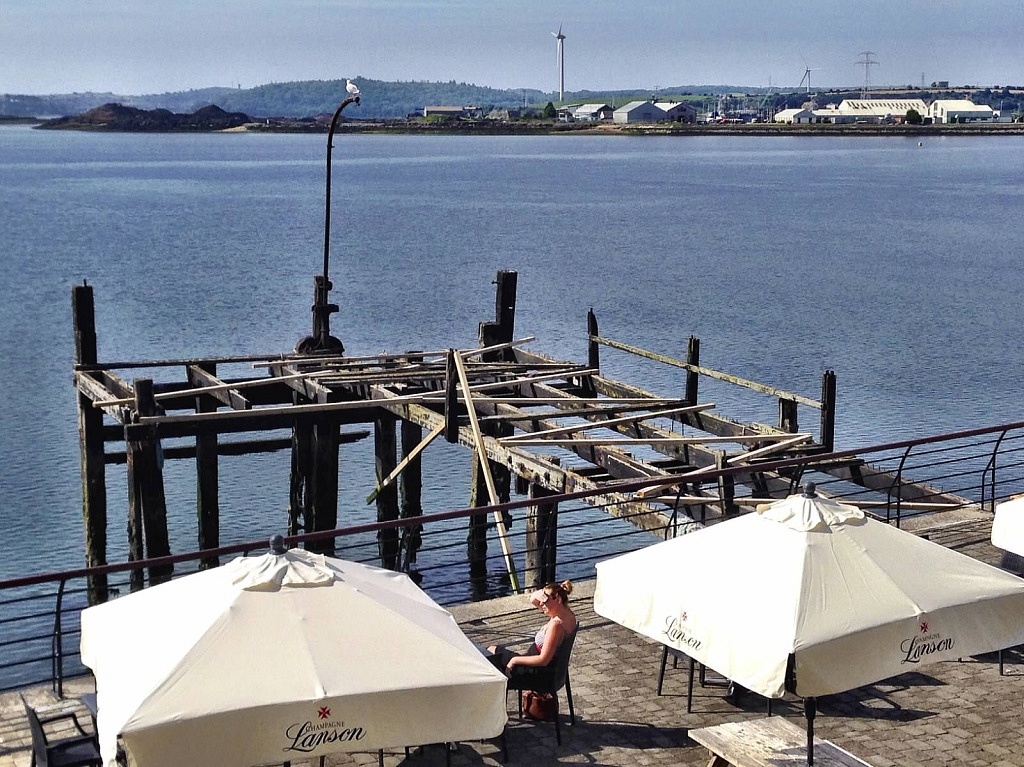 On the dock in Cobh, Ireland, you can enjoy the sun and a gin and tonic while reflecting on the sinking of the Titanic.

It really doesn’t take much for me to imagine the street and the dock filled with people cheering for the Titanic, wishing they were the lucky ones getting ready to head across the ocean on the world’s most luxurious ship.

My obsession begins to rise again. Oh, I want to sail on it too. I want to listen to Molly Brown throw Missouri-isms at her fellow tedious first-class passengers. I want to stand on the bow and feel like I’m flying. I want to be drawn like one of those French girls. But mostly, I desperately want to go back and change everything. I want to tell them to slow down, to listen to the ice warnings, to either turn sooner, engage full stop or hit the ‘berg head on. But I’m helpless. 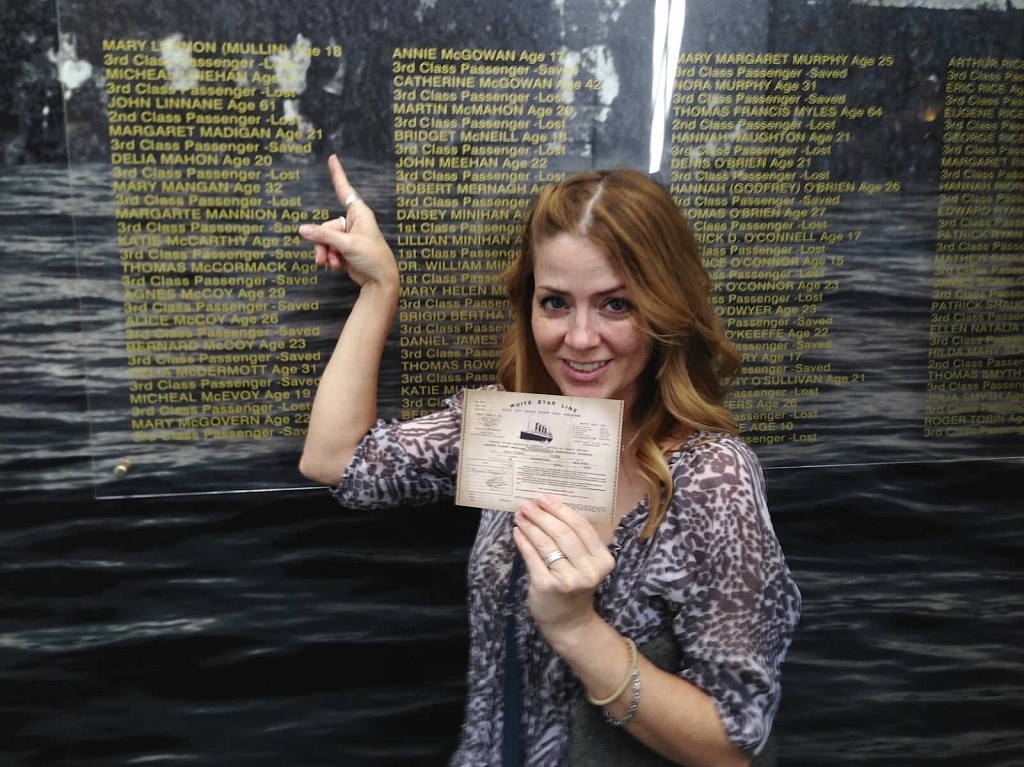 Hooray! I lived! I never know if I should smile or look somber when posing in front of memorials.

We finish our tour to find that while hubs and I were both steerage, we lived. Hooray! I’m not sure what to do with this knowledge. I mean, we’d be dead by now anyway, but we’re feeling lucky at the moment, so we stop by a pub and toast our new lease on life. Or at least I did. Seamus doesn’t get as carried away with being a sentimental historian dork like I do, and really he’s being super patient as I put him through all of this. He was mostly excited for his pint of Beamish.

Cobh itself is a lovely coastal town in Ireland, worth a walkabout. The Titanic Experience museum itself is small and for the diehard who wants to set actual foot in the ticket office of legend. So…for obsessive people like me. 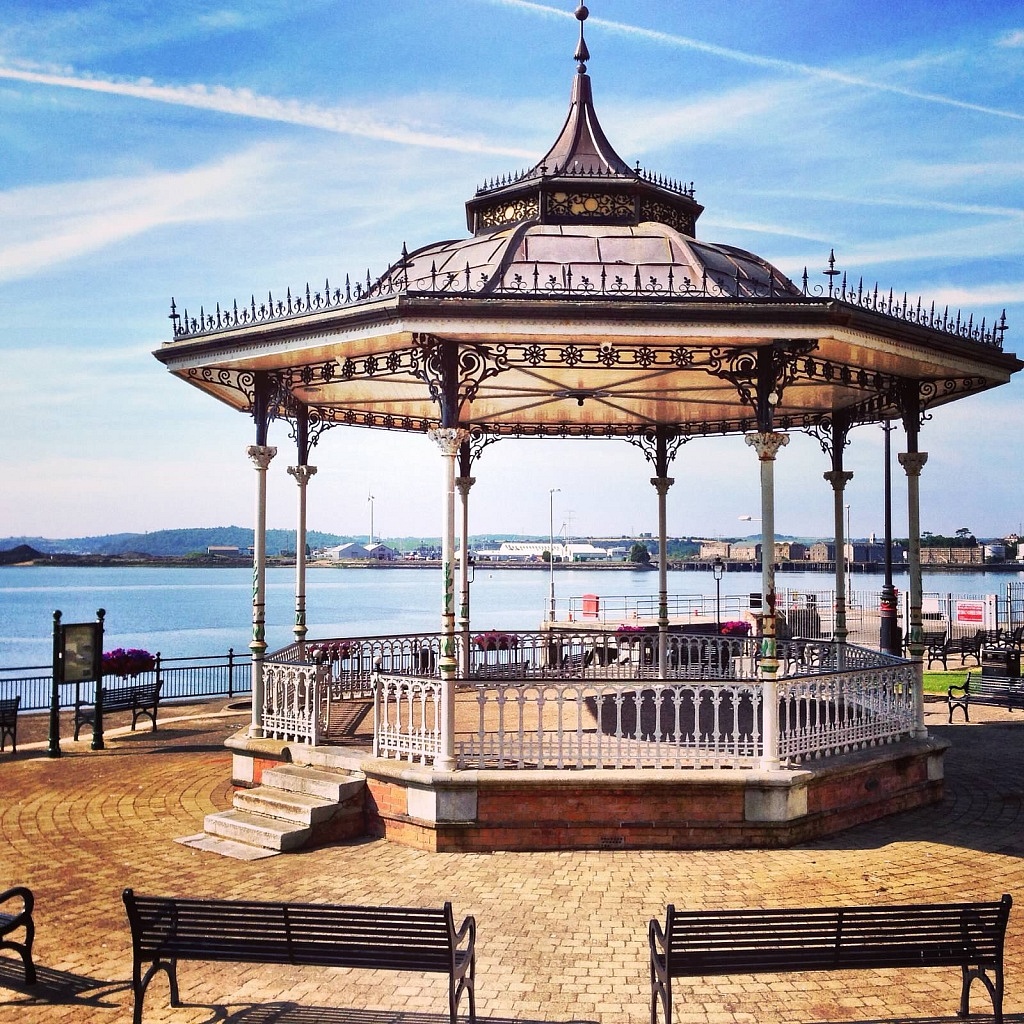 This waterfront promenade is known as John F. Kennedy park. And it’s so enchanting you might forget you’re here to visit the Titanic museum. Well YOU might. I didn’t. The gorgeous bandstand was built in 1849 for the visit of Queen Victoria. Now you’ve learned something. You’re welcome.

Heartbreak pier is easily viewable whether one takes their chances as a passenger of the Titanic Experience, chooses a glass of bubbly on the pier or relaxes in the gorgeous waterfront park. But we can’t get too comfortable, because I’ve got to convince Seamus to experience one more shipwreck up in Northern Ireland. We’ve still got to take in the grandeur that is the magnificent disaster-museum-to-end-all-disaster-museums (and wedding venue): Titanic Belfast.

Read Part Two: My Heart DID Go on in Belfast →

Lunch in the lovely seaside village of Kinsale.

Train: Irish Rail has trains that run every half hour from Cork City (Kent station) to Cobh. 25 Minute ride.

Car: Approximately 30 min drive through the towns of Cork County. 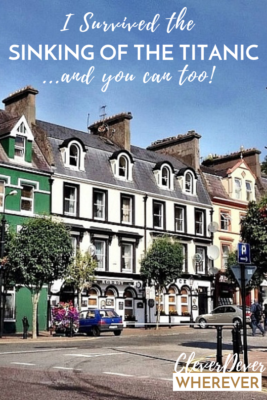 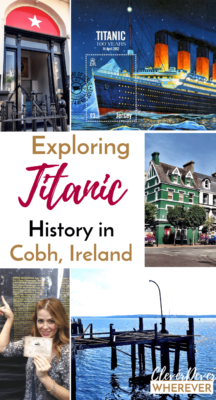 I never knew Harold Reynolds. Or Alma Paulson, or Ernest Price, but their story has haunted me for decades. Their story compelled me to take a journey across Ireland and Canada. When most kids used their imaginations to conjure something fanciful like, say, a planet filled with unicorns, I was fixated on...

Nine years ago, when I first visited Ireland we stopped in a bucolic little town called Cong, made famous by the 1950s John Wayne movie The Quiet Man. Because it was my father’s favorite, he watched it a lot. And when I was a kid we didn’t have iPads so I did too. I was instantly taken with this place and I vowed...