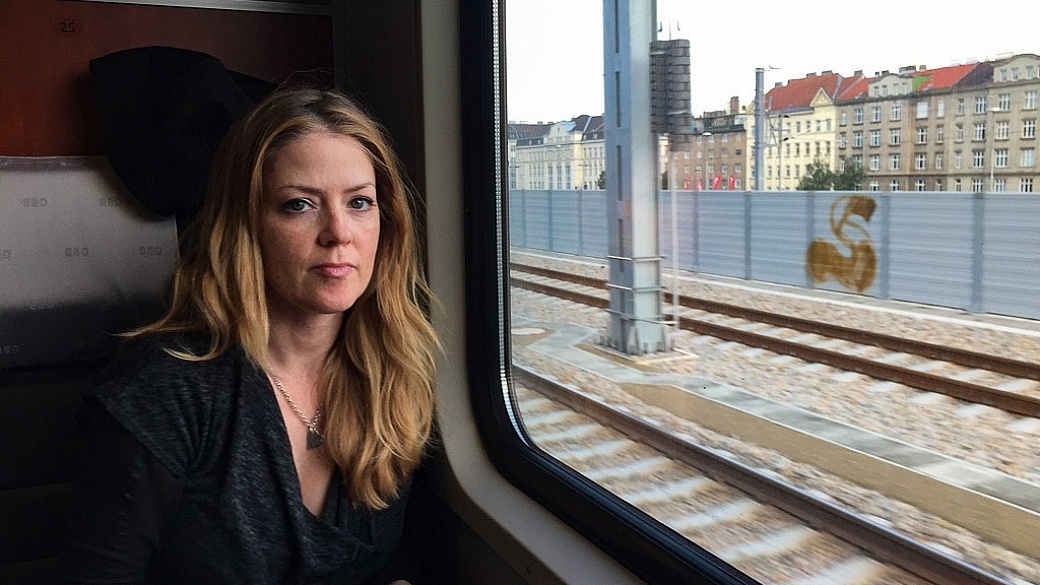 Scribbling on the hotel notepad with a pencil, I wrote a dire note to my husband. I tore it off and handed the paper to him.

“Can you chew some gum and drop it in my mouth?”

We were in an ornate Venetian hotel room for our wedding anniversary. The most romantic request I had was for Seamus to give me his used gum.

His look was a mix of distaste and pity. He popped a spearmint square into his mouth and started chewing. “I can’t believe I’m doing this.” That’s nothing if not true love.

The day before, in Vienna, my tongue swelled and was repeatedly slicing open on a now jagged tooth. I couldn’t talk or eat. It was torture. Who arrives in Italy not able to EAT? Or yell, even? At least I could still gesture.

These things tend to happen to me when I travel. My body presents really random, often baffling reactions. To what? Usually I don’t even know.

In 2006 I developed a hot red ring of fire around both of my ankles in Santorini, Greece. I had not been wearing socks so I ruled out fabric softener. My guess was sun sensitivity, but why perfect little rings?

Have you ever thought about how you’d handle getting sick abroad?

In a country where you have limited language skills and ambiguous symptoms, how do you get treatment for various ailments? So far, I’ve handled it with a little something I like to call Charades: The Desperate Self-Pointing Edition. 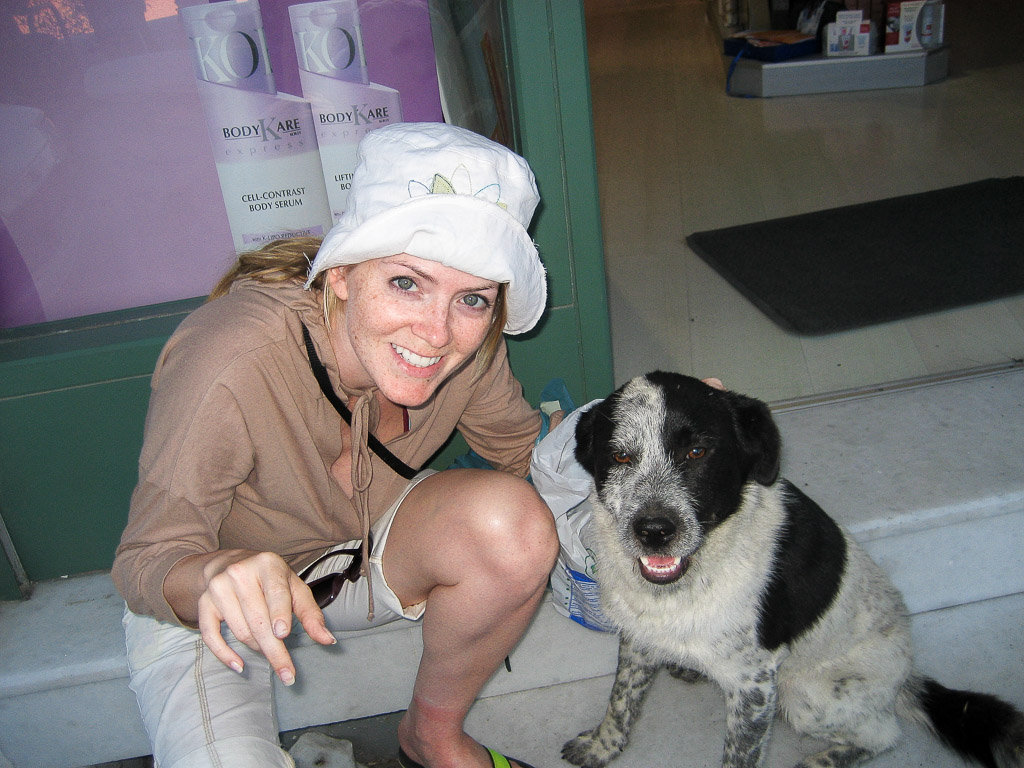 My husband says you guys don’t want to see a bunch of photos of my weird skin disorders, so I’ll (mostly) spare you. You can see the perfect ringlets on my ankles here. Plus – a cute dog!

From the Greek pharmacist, I received hydrocortisone and a long gaze of concern for making emphatic “my ankles are burning!” faces while kicking my feet in the air and pointing at them like a failed cheerleader. 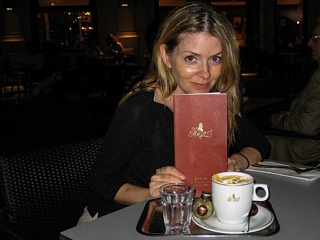 Again, sparing you the worst, but look closely at the plague on my arms and face – the last vestiges of what was possibly Chicken Pox. Or sun spots. Who really knows?

2007 brought an outbreak of severe fatigue in Germany. Originally, I thought it was a reaction to touring Dachau, or perhaps more sun sensitivity. By Salzburg it was full-blown (self-diagnosed) chicken pox.

Cut to: me at an Austrian pharmacy doing a bizarre claw-handed itching of both my arms without touching them, while making a pained face. I was given calamine and mild disdain for my performance as a spastic zombie.

Then there was the great Polish forehead swelling of 2015. Ah yes, this is where WebMD had me convinced I was dying of Glomerulonephritis, Pott’s Puffy tumor, or hand and foot disease.

We were staying in the deep primeval forests of Białowieża, an area known for swarms of insects, but I had no central red bite or itching. Instead, I developed a slightly puffy, slightly numb swelling near my hairline. Believing denial is the best medicine, I threw on a hat and ignored it for a full day. 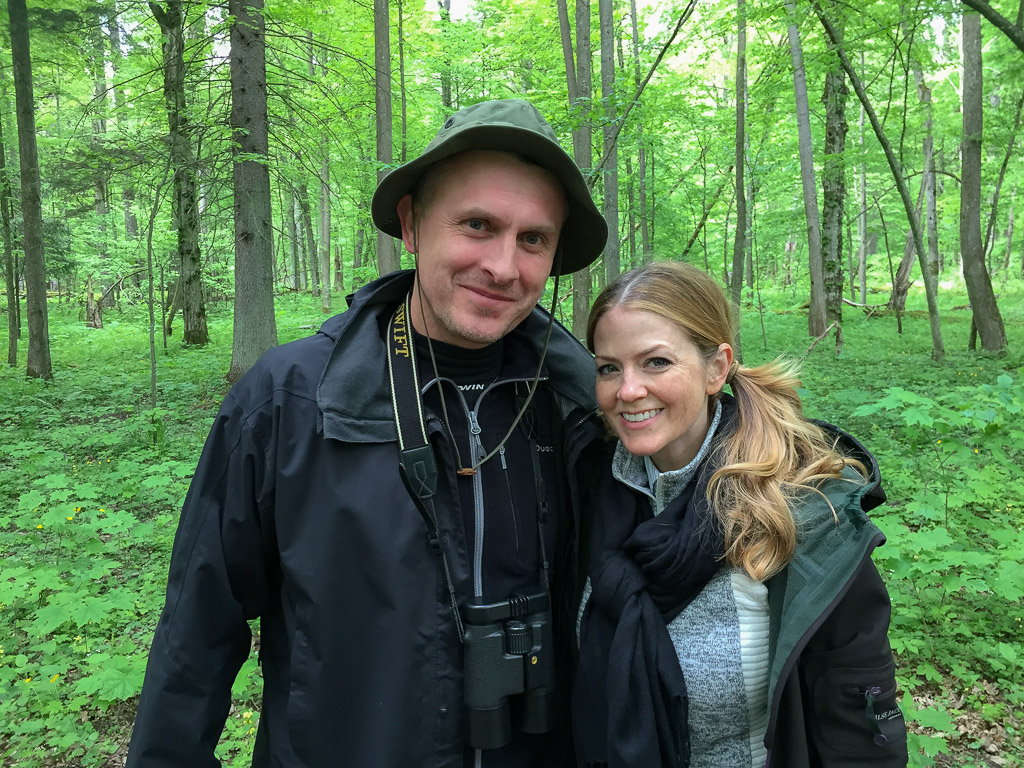 Look at my forehead closely. You can see the beginnings of some weird knot bubbling up.

The next day I looked like a junior Ferengi (with smaller ears). Panicked I texted my nurse-friend Christal, who is used to my cross-continental hypochondria. She calmly asked a series of questions to determine if I would die there in Poland, land of 32% of my DNA. 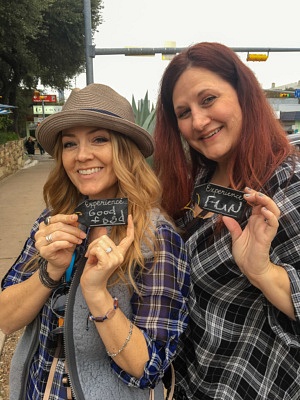 Since Christal and I have become friends, I’ve blown up the nurse-hotline probably once every six months. Most of our conversations end with her telling me to take Benadryl, which I now always carry in my first-aid travel kit. I don’t even know what histamines are, but man if I don’t need to block them left and right when I’m abroad.

I have no idea why Christal is still friends with me.

This also begs the question…

AM I allergic to travel?

Why do these weird things happen only when I’m half a world away; with limited communication skills and pharmacies that are only open for three hours every second Tuesday?

Which brings me back to the unfortunate Vienna-Venice tongue-swelling incident of 2015.

The night before the sexy/sad chewing gum exchange, hubs and I went out to dinner in Vienna with our friend Jen. I found the act of speaking increasingly challenging as the day progressed. I could no longer say any word with the letter “s” in it. It did force me to make my conversation more creative, my brain racing to provide non-sibilant synonyms and act them out. 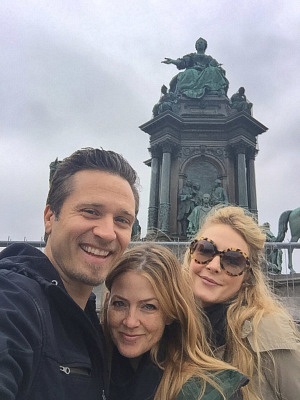 With Hubs and my dear friend Jen earlier in the day when I could sort of talk. Because I think you’d rather see pics of my friends humoring me than of my ulcerated tongue.

By evening, my tongue swelled to the degree that I had to hold my mouth open, breathing like an overheated dog.

We were in some classy Viennese Mozart-Probably-Ate-Here restaurant with white tablecloths and candles on the table. The pain in my mouth almost intolerable when a MacGyver-like inspiration struck.

I poured candle wax onto my bread plate, letting it cool. I then used the coagulated white wax to form a protective, if smoky, layer around the offending tooth. Thank god it wasn’t a Yankee Candle because I don’t think I could stomach “Whiskers on Kittens” or “Wash Day” smushed up in my gum line (these are actual Yankee Candle scents). The rest of the night I sat there, smile-grimacing while Jen talked, occasionally making Gollum-like sounds of agreement.

I have no idea why Jen is still friends with me.

My stroke of genius only floated me until morning when I awoke to a new medical issue: blisters on my tongue. No doubt from whatever chemicals leeched into the wax from the burnt wick. My Eurail ride from Vienna to Venice was an exercise in silent agony and mouth breathing. I threw out the extra “road wax” I had smugly made the night before at the restaurant. I couldn’t stick any more of the smoked substance in my mouth for fear of severe tongue ulcers. 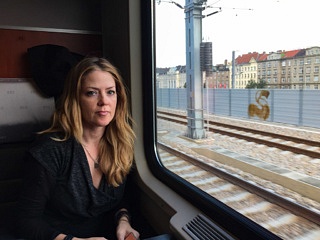 Me, on an eight-hour silent train ride between Vienna and Venice. I’m trying really hard not to look miserable. I think I’m failing.

You might have guessed that there were no pharmacies open upon our arrival into the sunken city. Hence my idea to use chewing gum as a protective barrier. I also took an emery board from the hotel amenity kit and filed down my own molar like some kind of back alley dentist.

Christal suggested a host of over-the-counter dental remedies, more Benadryl and, if I could find it, bubble wrap to cover myself with. I’m so glad she found all of this funny.

When the pharmacy finally opened, Seamus and I formed a two-person Cranium team at the counter. Him, talking extra loud using mono-syllabic words; me making guttural throat sounds and sticking out my tongue like a Māori warrior doing a haka. I was given dental wax, some kind of Orajel spray (I think) and an anti-histamine called “Reactivine.” 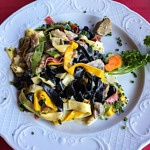 Thank god for this plate of squishy carb heaven. I could finally sort of eat a meal and Italy never disappoints.

Mercifully, my regimen kicked in and within days I was able to eat squishy, glorious pasta and have semi-normal conversations. I kept the emphatic gestures because, hey, it’s Italy.

So, am I allergic to travel?

Or rather am I receiving some serious Survivor-like skills to prepare for more extreme upcoming adventures? Not sure. But I do know that hubs is wildly understanding, my friends are long-suffering and I can crush anyone in a game of charades in any country. 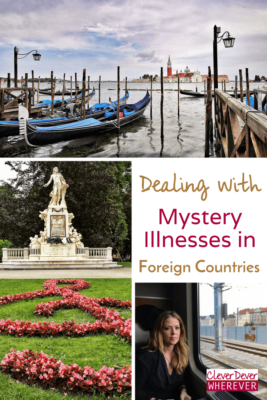 What to Pack in a Travel First Aid Kit

I never unpack. Not fully. Because I travel so often, this is one of my travel hacks to cut down on preparing for a trip. Among the bags that stay packed, I have...

Read more
Tweet12
Pin141
Share242
395 Shares
Tags: Italy•Venice
OlderI Found Goats in Maui and You Can Too!
NewerWhat to Pack in a Travel First Aid Kit 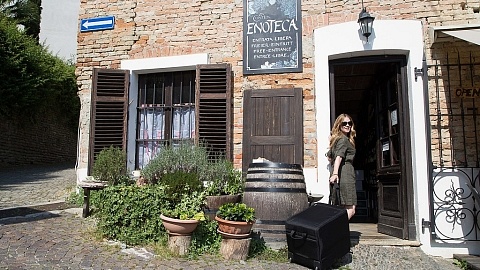 How to Pack That Amazing Wine in Your Luggage

It used to be, whenever I wanted to bring home a precious few bottles of wine or spirits from abroad, my options would be: (1) Stuff each bottle into a pair of... 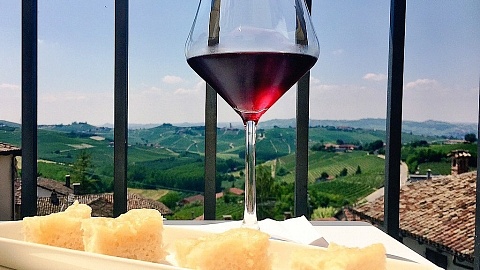 First, let’s get it straight. It’s spelled BOTH ways. Piedmont is how most English speakers say it; Piemonte is how the Italians pronounce it. And me. I...

With upwards of 60,000 visitors a day, tourists typically outnumber locals in this stunning, sunken Italian city. The beauty of it can be mesmerizing, with...